Once upon a time, people sat in circles; living and working together in small groups to take care of the necessities of life and living. This worked really well for over 1 million years of hominid evolution. There were good times and bad. Not everyone got along all of the time, but we found non-violent ways to deal with disagreements about 80-90% of the time. The necessities of survival kept us close, made us strong, every person was valuable, and egos were kept small to keep the circle intact. Collaboration was essential; not only between people, but also between people and their environment. We had a better understanding of the reciprocal relationship between what we could get away with taking from our environment because we did not live apart from the natural cycles that govern our world. Those that forgot that relationship eventually encountered collapse. Daily life was a process of accepting what is here and now and thriving with whatever is at hand; people, resources, environment.

Then one day, we got better at moving and growing plants that we ate, and we followed suit with animals that we found tasty. That started to take more time. It was worth it, though. We finally could have calories set aside. We found ways to store them. However, this left us less time together and less time for recreation. Quit screwing around, there’s work to do! Our stories, rituals, and beliefs began to shift with this new discovery. We had figured out how to get to the proverbial cookie jar, in a sense, because of our innovation now called domestication. We wrested some control away from a mysterious world filled with spirits.

In so many intricate ways our lives and our experiences transformed our stories and our beliefs. Once we realized that, for the most part, we had the food thing covered, we realized that somehow we were different from the animals who once were revered as our teachers and intermediaries between the known and the unknown. We began to believe that beings like us in some manner governed the machinations of reality because that was now our experience. We could have food when we wanted it, for the most part. We could create long-lasting shelter. Slowly the circle as a symbol, a structure, a perspective, and an experience began to fade to the background.

Even the people around the circle began to fade. We didn’t need everyone to gather food for the group anymore. Having all these spare calories from agriculture allowed women to birth many children close together. However, there was far less time to play. Crops needed tending, and with so many people being born, shelters needed to be better. Wandering around looking for food and game was less necessary; over the centuries, becoming a hobby, a pastime, a specialty. That knowledge gets replaced by the specialization of animal husbandry. Over those same centuries, so much specialization occurred. A boom in people gathered in increasingly urban enclaves. Tribes gave way to villages, villages to towns, towns to cities, cities to states, states to nations. So many minds connecting so many ideas so fast. 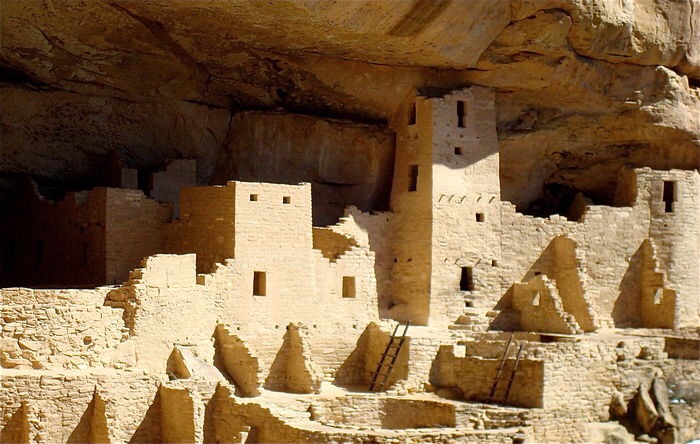 The straight line and the square take over. Flat places to walk, ride, drive, sleep, eat. Tow the line. Stay in(on) line. Get in line. Out of alignment. Crossing the line. Face front. No talking! Lines dividing us; dividing our space…making ‘your space’ and ‘my space’ more definite, giving egos more space to breathe and grow. The commons did not die. It was murdered. Slowly, as this transformation happened, the needle on the grand scale of agreeableness gradually moves into the territory of ‘no’. No is a line in the social sand. That line became so much more necessary in the emergence of a crowded urban reality.

Boundaries and lines are so helpful, though. Look at all these little lines that let me explain ideas. So beautiful and poetic that it is the collaboration between the straight and curved lines that carry meaning and messages into our minds. Sometimes making things clearer. Sometimes making things more confusing. Read the fine print!! And yet, a picture paints a thousand words. And thousands upon thousands of years, our eyes and our voices conveyed all the meaning, connected our communities. So many eyes meeting over so many fires, gathering in so many huddles, bodies facing bodies, holding hands and dancing, telling the stories of how our worlds move, grow, falter, and triumph. The spoken word is no longer a bond. The written word is the only enforceable contract.

Now we’re swept up in the giant roaring metal illusion we call modern civilization; At least, those of us who are privileged to live in industrialized nations above a certain socio-economic bracket. We bounce from distraction, to fear, to pleasure in our continuing hunt for fulfillment channelled through digital pathways fraught with gatekeepers, watchers, monitors for those who fear the day when people wake back up into their power. For the time when we look away from the screens and our four walls and back to each other. For things to come full circle in a flash, as they have time and again in the sweeping expanse of human history.

Improv is that herald. Bringing bodies and minds back to the circle. Encouraging eyes to lift and meet and notice more than danger and unfamiliarity. Reinvigorating the connection between eyes, bodies, voices, and minds. Calling back into the circle the spirit of support and looking out for those who share that circle, whomever they may be. Support the connection with your openness and vulnerability. Build the plane as it flies. Fail. Fail bigger, and be caught in arms that understand ‘the more you fail, the less you fail’. To fail is to learn, and to learn is to liberate. Our ancestors free in their shared knowledge of what to pick, what to track, when to pick it, how to dress it. Not separate but integral. Above and below were still mainly directions, not social stations necessarily.

Improv wakes up your senses. Notice. Notice all of the things; from the stillness to explosive creation to deep insightful discovery ushered in with laughter. That is me. That is us. We are here. Here now. Showing our values through the active reflection of improvised play. We explore, experiment, explain, and reproduce human behavior to understand, and those understandings erase the fear with the laughter of recognition. As we discover each other, we connect like a myriad of neurons in the giant world mind. Laughter is the ecstasy of new connections; sometimes nervous, sometimes hearty, sometimes maligned, sometimes enamored. Emotions are the social hormones that unlock responses and reactions that move us to grow and diminish in the tidal patterns of our lifetimes. They are the silent language that underlies all language.

Improv asks that we use all of our senses to listen. Use your sight, smell, touch, and hearing to understand. That is the essence of listening. Without understanding, we flounder around having conversations with our bruised egos. Those things that protect us in a shell of fear, need and desire. Improv asks that we leave our ego behind, and it rewards our efforts with one of the most beautiful experiences, group mind. That uplifting frame of mind where I and you disappear into the only us and everything and the everything within us. Floating in a realm without bias supported by ludic wings of serving the purpose of ‘why this now?’ It inoculates us against its evil twin, group think, whose dark shadow connects mobs and relieves us of our moral functions in the throws of anonymous anger, systemic oppression, and wanton destruction. Two sides of the same coin, I’m afraid.

Play free. Play hard. Play because it does not compute. It is one of the clearest signs of health. Yes, improv can be a road to health for me, you, and us. Improv asks that we pay attention to patterns; in ourselves, in others, in the group, and in whatever is unfolding in the present moment. It is a tool for growth and discovery. It is the old coming back and whispering in our ears “Remember. Remember when things were connected. Remember that people belong together. Remember that we need mistakes. Remember how to make others feel good too. Remember your body and voice. Remember that you are not alone. Remember laughter. Remember play.” And in remembering, we can again see the world as it is rather than as we imagine, and when we do imagine, we discover together co-creating new visions of lives and worlds both sublime and terrible. Like the shamans of old who journeyed to the heavens and hells to find new insight to heal.

Because those who do not play often have a wound or some dis-ease which separates through fear. Fear tarnishes the soul. It clouds our minds and destroys the ‘us’. Improv asks us to engage with our fears, to follow them to their conclusions, because that’s where humor and catharsis reside. For only those who face the beasts within and without can find the mysteries of the wider world and travel the dark roads of the underworld of the unconscious with impunity. They can pierce the veil of fear, the veil of the ego.

So when your boss, your president, your colleague, your friend, your retreat planner, your spouse, or you scoff at improv. Ask, do you want to be transformed, if even for an hour? Do you want to conquer fear? Do you want to feel connected? Do you want to feel supported? Do you want to learn the power of supporting? Do you want health for you and your community? Don’t you think laughing for an hour or two would feel good? Then play. Play anything. We improvise in sports, dance, music, theater. Improv has always and will always be our human default for excelling in dynamic and changing situations. It is a skill to be practiced, strengthened, honed. Ask people who do it. They’ll tell you. The better they got; the better life tended to get. It’s so short sometimes, like the mandala-like realities improvisers create in the flow of play. We are built to improvise. We are born to connect, and connection brings fulfillment.

2 thoughts on “The Impact of Improv on People: a rant (or a fable)”